There’s a quiet little movie from years ago starring Jodie Foster called ‘Nell’. In it she plays a feral child who lived alone in the Appalachian woods after her mother died.

When she was finally discovered in her late teens, she spoke a dialect that researcher’s could not understand. It was only after much studying that researchers figured out her mother had suffered a stroke years before, and had brought her daughter up alone speaking her compromised English.

The tip off was when Nell would stand in the woods, hold her hands up and sway back and forth and say “Tay Ina Wynn” which was finally interpreted as “Tree in the wind.” This sets off a course of events for her and the researchers to finally communicate with each other.

Every now and then this aspect of the movie comes back to me, when I can’t understand something or someone because of my unconsciously held assumptions. I’ll wonder if I’m having a ‘tay ina wynn’ moment because I don’t see or perceive the context.

The way I hear someone interpret a song, understand how they want to worship, hear how they express themselves, how a book or blog comes across, how a conversations goes, how vulnerable (or not) someone is to me often has as much to do with me as it does with them. Maybe even more so.

Catholic philosopher and theologian Thomas Aquinas said, “What is received depends on the mode of the receiver.” Meaning how we see, hear, comprehend and perceive someone or something has much to do with the interpretive filter we set up for ourselves.

Those of us within the Christian faith remember the time when Jesus became real to us and our new understanding of the world was clear and simple. But as we grew older, our black and white perceptions slowly faded to grey as we admitted, sometimes reluctantly, that our understandings were limited to the depth of our perceptions, and our cultural biases.

This principle applies to things as simple as our appreciation of food and cooking styles, to more complex philosophical matters like the nature of prayer and worship. As we become aware of these biases, we begin to hold back our old habits of telling people what to think and how to think, recognizing our subtle forms of control, and realizing that we’re not so sure of our sureties anymore.

Assumptions prevent ‘newness’ in life because they interpret life thru old eyes. Making ‘something new’ is a biblical phrase many of us are familiar with (see Revelation 21:5 and 2 Corinthians 5:17). I don’t want to use these verses as some kind of proof text, but what if making things new had something to do with us letting go of the old?

My doctoral candidate friend K has talked to me at length about the “positive no”, arguing that a positive involves a negative. ‘Making things new’ involves a negation of something old. If we want to be ‘made new’ in Christ (2 Cor 5:17), it can only happen when we let go of the old self, so Christ can continue ‘making all things new’ (Rev 21:5). Likewise, how we think about music, politics, church, justice, worship, art, racial and sexual politics can only be renewed if we let go of our preconceived notions and conceptions, and trust the Spirit guiding us.

I spend much of my days with artists, trying to extricate from them their authentic musical expressions. And yes, it is difficult to get myself out of the way, so I’m helping THEM, not my version of THEM. Seeing people for who they actually are is difficult because it also means seeing past their assumptions of themselves as well. “To listen requires effort, and just to hear is no merit. A duck hears also.” (Igor Stravinsky). It’s helpful listening past what we hear.

Eugene Peterson once said that the three most important words we can teach to our children are “I don’t know.” That has stuck with me for years because I wasn’t convinced he was right. Yet the more I’ve thought of it, the more I’ve been persuaded that, right or wrong, humility is a path to listening and engaging in our lives with a little less of our own personal assumptive baggage. Listening with humility makes room for the renewing of our minds.

So next time we hear ‘tay ina wynn’ in our lives, let’s be curious rather than uninterested. Inquisitive rather than passive. Appreciative rather than dismissive. We might truly hear each other, and maybe the whispers of God.

—Roy Salmond is a music producer, itinerant speaker, and worship leader who enjoys the cross-section of faith and the arts. Roy resides in Surrey, B.C. 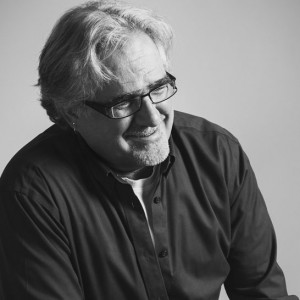 Roy Salmond is an award winning producer, composer & teacher who has worked with a wide array of artists throughout 3 decades.